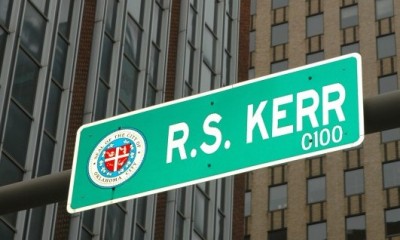 The firm handles civil appellate level cases in both the state and federal courts and has attorneys admitted to practice in Oklahoma, the District of Columbia, the Federal Courts of Appeals for the Tenth and D.C. Circuits, the U.S. Court of Claims the Supreme Court of the United States as well as various other state appellate courts on a pro hac vice basis. In addition to representing appellants and appellees in appeals, the firm has represented numerous amici curiae and parties to original actions in appellate courts.

The firm provides both personal and professional attention to all appellate level cases. Appellate briefs, due to their very nature, are critically important to the client. Our firm's appellate work always involves a senior attorney as we believe the clients deserve the most experienced researchers and writers to achieve the desired results on appeal. The firm prides itself on the high level of its appellate briefs both in terms of the research and the actual writings. It is our belief that the personal attention your appellate case receives from our firm provides you the best opportunity for desired results. The firm has a national reputation for appellate work and has, consequently, been repeatedly utilized by various national associations to provide amici curiae support on issues of national importance both in the Oklahoma and Federal courts, as well as appellate courts in California, Missouri, Texas and Delaware.